Our green beans are in season and plentiful now. However, they do best in warm weather, so in a few months with cooler temperatures,  they won’t be as abundant. Pickling and canning several jars now, while they are in peak season, is a great way to ensure that you can enjoy them later when they are no longer available fresh.

Recipe and photos by Ray Toves

This site uses Akismet to reduce spam. Learn how your comment data is processed. 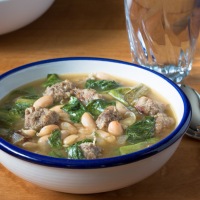 Hey Worden Farm Stand members! Despite the rain, we are OPEN for you and your guests today - 12-4pm.
We all want to eat more vegetables…here are tips straight from Eva Worden: https://www.mysuncoast.com/video/2022/01/04/it-never-late-learn-love-veggies-suncoast-view/ @mysuncoastview
🥕Start the New Year out right with fresh local organic vegetables! @saturdaymorningmarket.stpete 🥕🥗
Happy New Year! 🌱🌻
Tractor cultivation is an essential tool for for organic weed control… here’s Farmer Chris teaching Worden Farm Apprentice Emily about cultivating the baby greens and radishes. 🌱🚜
Shop this weekend for your fresh local organic holiday meals! #RADISHES @saturdaymorningmarket.stpete @sarasotafarmersmarket
Got sunshine on a cloudy day…🌻
Worden Farm Tour
Want to get healthier in the New Year with fresh local organic vegetables?