A member of the cabbage family, collard greens are a staple on most tables in the southeastern U.S. They were thought to have been brought over from Africa but they were here long before and cooked by the native Americans.  Long considered humble fare they are now getting the attention they’re due as they are very nutritious and high in iron, Vitamins A, C, and other nutrients.

This recipe uses smoked ham hocks instead of the more traditional fatback to flavor the greens.  Oh!, and when you’re done DO NOT throw out the liquid in the pot.  It’s called “pot liquor” and can be used as the cooking liquid for other veggies like beans or greens.

This is part of  “A Florida Family Farm Thanksgiving“, a collaboration of Worden Farm with Tim and Chelsea Clarkson, owners of Grove Ladder Farm, in Sarasota, Florida specializing in pasture-raised, hormone and antibiotic free poultry and eggs, and Ray Toves, a Sarasota-based chef and food photographer, who prepared his original recipes and photographed the food and the event. The series includes photos and recipes of the food and festivities that our two families shared during our early Thanksgiving dinner held on our farm in Punta Gorda, Florida.

Dig in for food and fun from our family farm 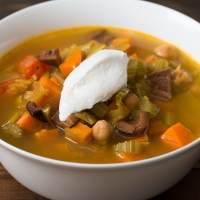 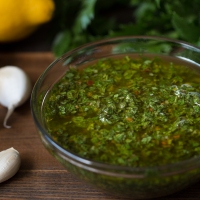 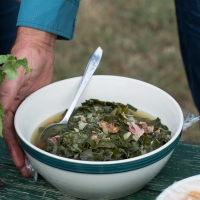 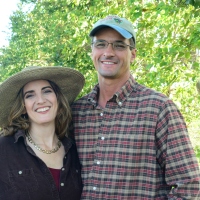 Good morning! See you soon! @sarasotafarmersmarket @stpetesaturdaymkt #941 #727
Shooting a video at Worden Farm for the Science & Environmental Council and the City of Sarasota with Mars Vision Productions and Toxic Pictures 🎥 📷 by KidRon Burgandy
Rooted in community. 🥕💞🥕 See you at the farmers market! @sarasotafarmersmarket @stpetesaturdaymkt
Organic veg home run! Kate @educatedplate knows nutrition and is knocking it out of the park!
Worden Farm is a local organic family farm that has grown with the community’s love and support in Southwest Florida. Our friendly farm team and our vibrant organic veggies will be there for you at our farmers markets tomorrow @sarasotafarmersmarket @stpetesaturdaymkt We look forward to seeing you there! #shoplocal #locallove #srq #dtsp #941 #727 #farmfriends #spreadthewordenfarm #tagsomeone
Louise and her lovely team at Artisan Cheese Company have created a culinary treasure right here in Southwest Florida. It’s on Central in the Rosemary District - just a few blocks from us @sarasotafarmersmarket. ❤️ Louise promotes farm-direct and artisanal foods and supports fellow small businesses. Here she is, photographed in the kitchen with healthful, homemade Tomato Soup — from our organic tomatoes! @artisancheesecompany #eatlocal
Setting up the barn for today’s Organic Farm Stand CSA! We love our farm members! 👩🏻‍🌾 🌶 #communitysupportedagriculture #floridafarm #organic #kale #peppers
Cloudy day and a gazillion shades of green... 🌱🌿
Farm forward fashion @wordenfarm @stpetesaturdaymkt